- courses that inform, nourish and inspire

- affordable therapy to those in need 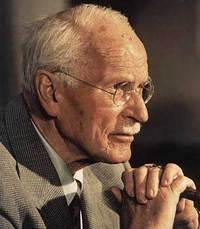 the psychology and methods

as interpreted in practice

The Power of Creativity:

at Weston Bank Library, The University of Sheffield

"Everyone .. to have the opportunity of experiencing personally, the integrative power of creativeness"

Irene Champernowne was a pioneering Jungian psychotherapist who was a very early champion of the role of the arts in mental health. She founded and led the Withymead Centre in 1942 which was open until the late 1960s.

Key figures in the development of creative therapies were linked to Withymead: Michael Edwards, Rudolph Laban, and R.D. Laing. And Irene kept a network of correspondence and visits with Jung and Zurich and London analysts.

The Champernowne Trust has continued the legacy of creativity in its courses for over fifty years.

Drawing on material from the Irene Champernowne Archive, now held at The University of Sheffield Library, an exhibition is being planned, for six months from early 2023, which will explore the life and work of Irene Champernowne and the history of the Withymead Centre.

We are looking for stories and items to be used in the exhibition to provide further context into Irene’s legacy. We welcome images of possible contributions to be sent to exhibitions@sheffield.ac.uk before October 15th 2022.

AIMS OF THE TRUST

The Resonance of Choirs